As you can see from the photo, we defeated Oxford in our Varsity Match in Cambridge. We played extraordinarily few games that year, this was well before the regular BUCS seasons. Especially memorable was the British Universities tournament in Glasgow. We lost to Oxford in this tournament, mainly thanks to the 3 point shooting of their star player. We focused on shutting him down in the Varsity Match.

J Schwartz was the de facto self-appointed player-coach. T Terrell did a lot of effective coaching in practice. Nicholls was the president of the club, but generally deferred to Schwartz and Terrell. 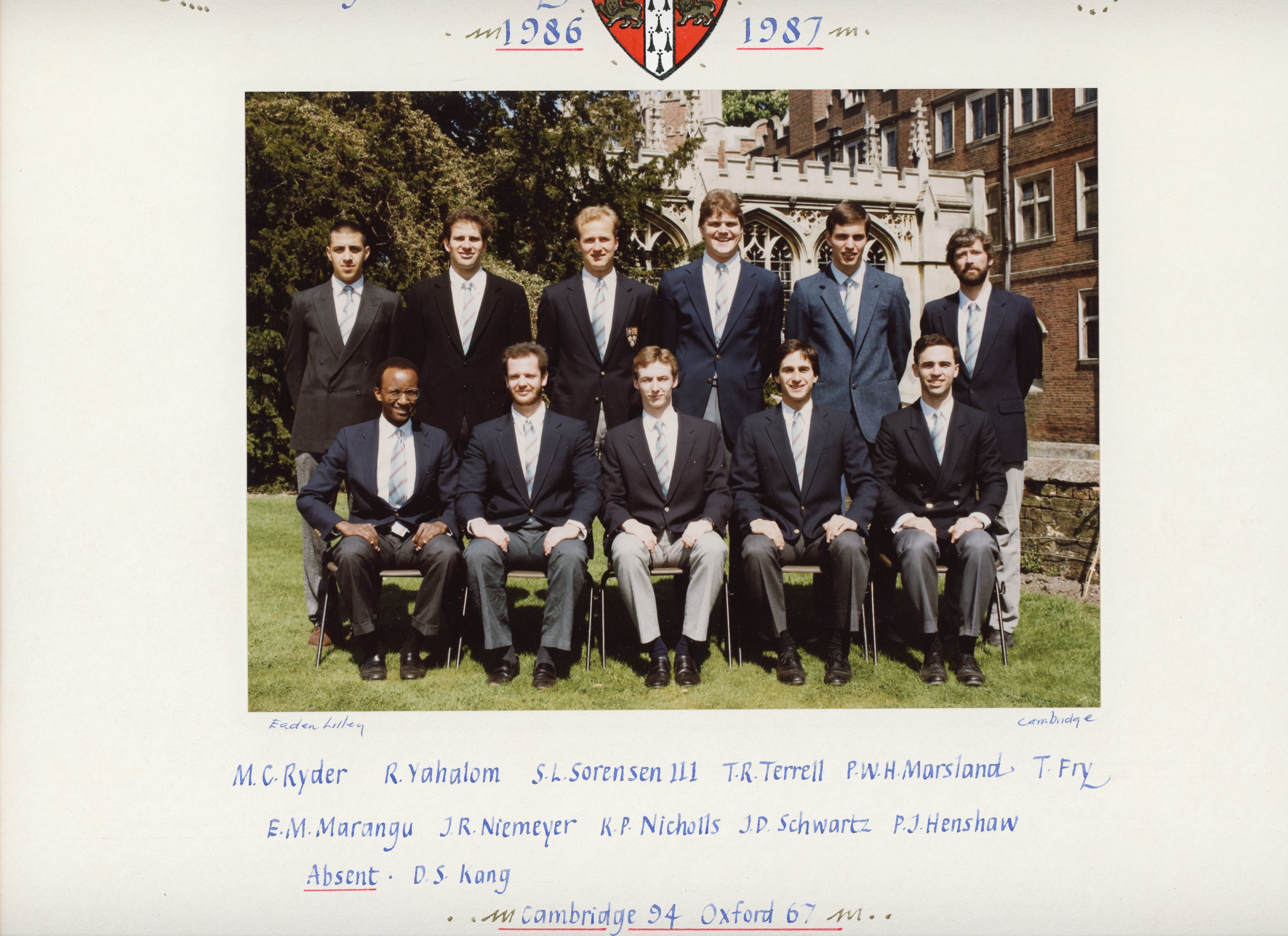 College league already existed at this early age. From the following season onwards, playoffs were introduced, which we replaced with Cupper’s in recent years. In 1987-1988, SJC won the league, but had to take a loss during these playoffs.

We would like to thank Peter Henshaw for these memories. He played for many of his years in Cambridge and graduated in 89.